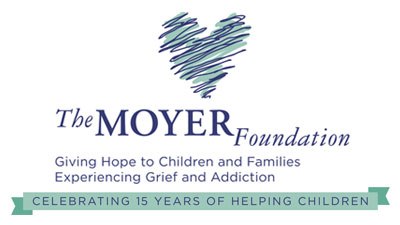 A bipartisan provision in the National Defense Authorization Act would increase access to camps for military children affected by grief or addiction.

The provision authorizes the Department of Defense to fund organizations to support children from military families who:

At least 8.3 million children in the United States, including those from military families, live in a home where at least one family member is in need of treatment for a substance use disorder. Children who are experiencing family addiction are at a greater risk to suffer from depression, anxiety, health and learning challenges and develop a substance use disorder of their own. The Moyer Foundation’s Camp Mariposa® is an addiction prevention and mentoring program for youth impacted by substance abuse in their families with eleven locations nationwide.

More than 1.5 million children nationwide are grieving the death of a parent, including many children from military families. Statistics show grieving children are at a much greater risk than their peers for depression, suicide, poverty and substance abuse. As the largest national childhood bereavement program, The Moyer Foundation’s Camp Erin® is serving youth in 43 locations in the U.S.

“The Moyer Foundation applauds the leadership taken by Congress today on behalf of military children affected by grief or a family member’s addiction,” The Moyer Foundation CEO Mary FitzGerald said. “We look forward to working closely with our Congressional champions and the Department of Defense to expand our outreach and serve more children of military families so that they receive comfort, hope and healing through our nationwide youth programs, Camp Erin and Camp Mariposa, that provide critical mentoring, addiction prevention and bereavement services.”

According to a Department of Defense study, the overall rate of civilian prescription drug misuse was 4.4%, the rate for veterans was 11.7%, over two-and-a-half times higher than the civilian rate.

A report by the American Public Health Association in 2011 found that the fatal overdose rate among VA patients is nearly double the national average.

Researchers also found the risk of suicide for veterans is 21 percent higher when compared to civilian adults.

A VA study found that 20 veterans commit suicide each day.

About The Moyer Foundation

The Moyer Foundation is a public, 501(c)(3) non-profit organization with a mission to provide comfort, hope and healing to children and families affected by grief and addiction. Founded in 2000 by MLB pitcher Jamie Moyer and his wife Karen, The Moyer Foundation supports thousands of children and families each year through its free signature programs and services. Camp Erin® is the largest national bereavement program for children and teens grieving the death of someone significant in their lives. Camp Mariposa® is an addiction prevention and mentoring program for youth impacted by the substance abuse of a family member. The Moyer Foundation Resource Center extends the Foundation’s continuum of care by providing robust online resources and personalized support for families experiencing grief or addiction. For more information, please visit www.moyerfoundation.org.